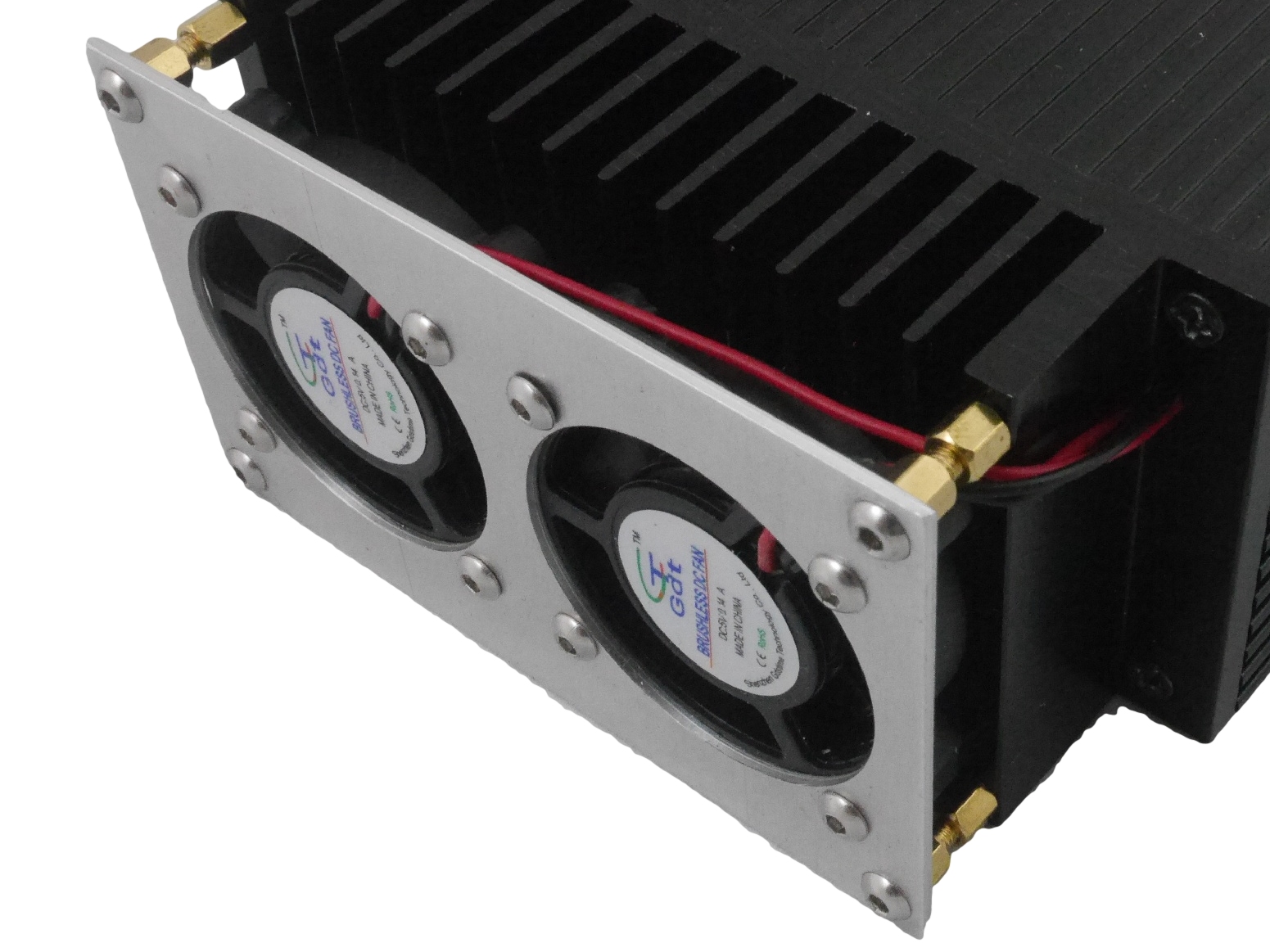 Assembly instructions for the fan kit can be found here.

The fan kit is available on Tindie.

Images are of a late prototype; the production units will have proper standoffs and an improved PCB design.

The kit includes a populated PCB with dual smart fan controllers, and all parts and mounting hardware required to set it up on your Re:load Pro. Fan speed is automatically managed to minimise fan noise and wasted power through a thermocouple that detects heatsink temperature and adjusts fan speed accordingly. The fan controller can also detect and restart stalled fans. 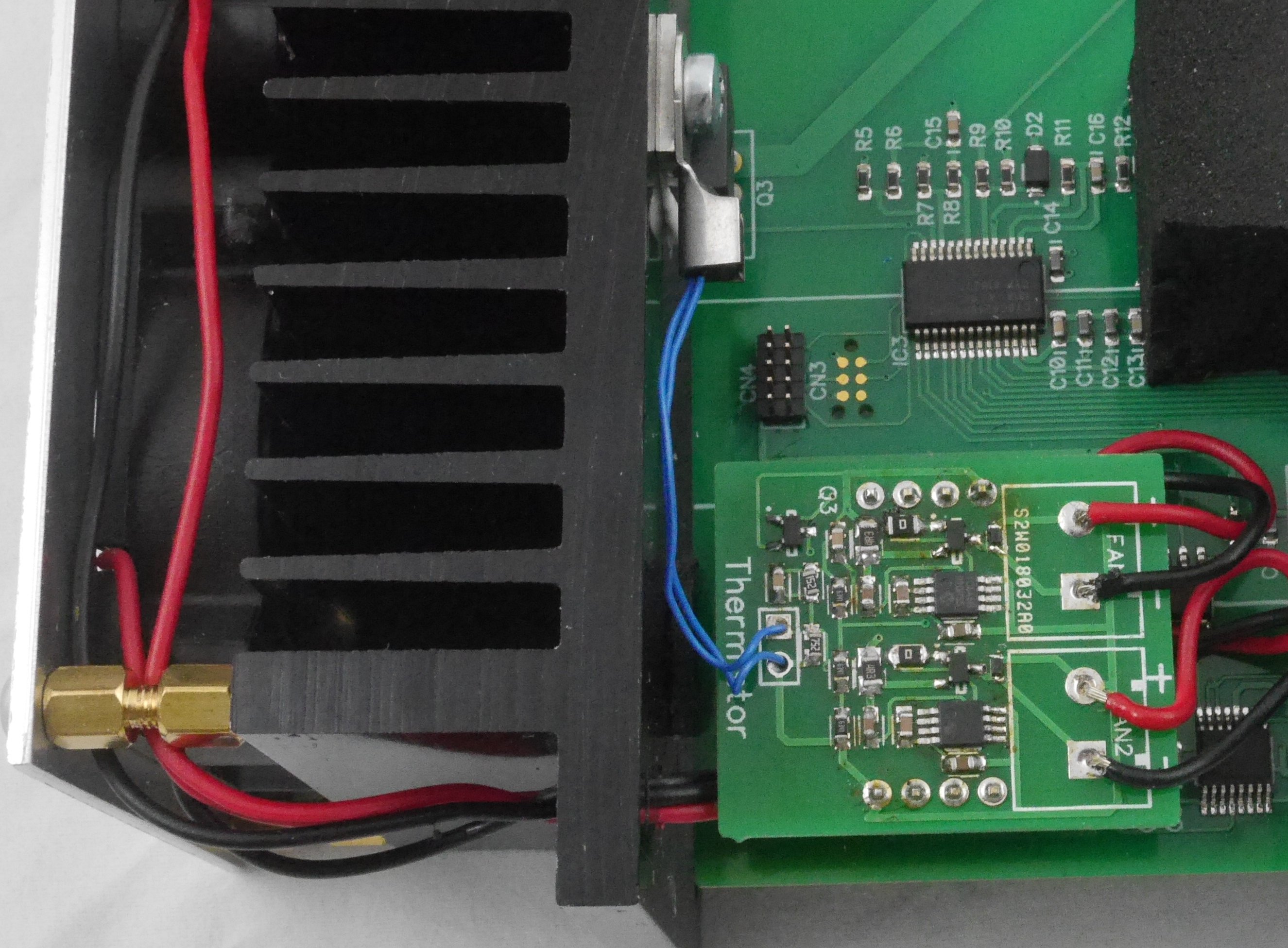 Under low load conditions, the fans are stationary. As load - and thus temperature - increases, the fans start, gradually ramping up to full speed as needed to maintain the temperature.

Basic soldering and assembly skills are required to add the fan kit to your Re:load Pro. Full instructions will be provided.

Preorders will close, cards will be billed, and production will begin on the 7th of December.