I designed the original Re:load to fill a need of my own, and out of frustration at the lack of any good alternatives available to electronics hackers like myself. It turns out that I’m not the only person who found a lightweight and robust active load a useful tool, and the Re:load’s turned into a popular and well-regarded product.

The Re:load fills a gap for people needing a simple way to do electrical load testing, but ever since I launched the original Re:load, though, people have asked for a version that’s higher powered and more flexible - a true piece of precision benchtop equipment. That’s why today, I’m launching the Re:load Pro on Kickstarter. 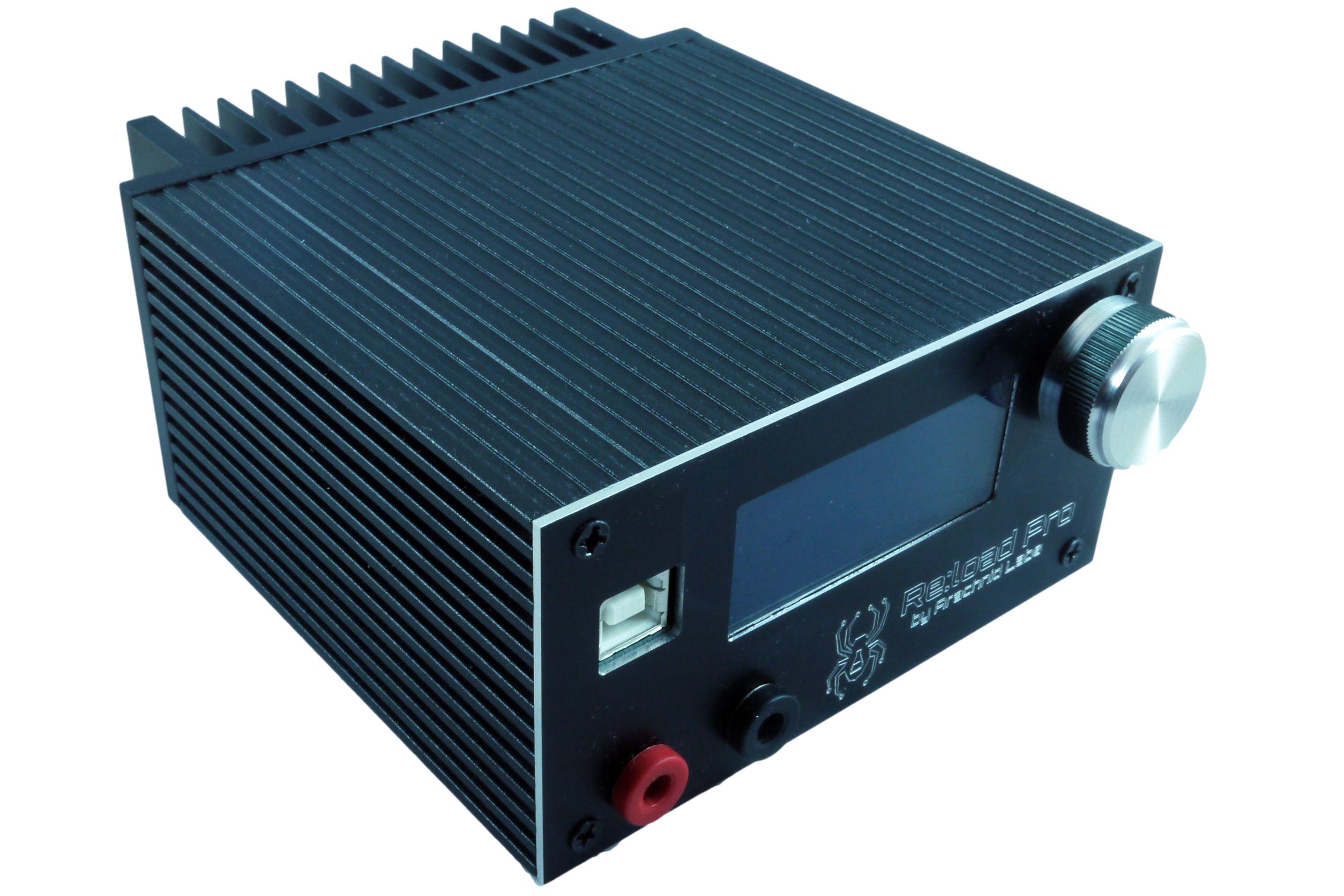 The Re:load Pro takes all the advantages of the original Re:load, and improves upon them with a robust benchtop case, a good quality display and UI, an isolated USB interface, and an integrated processor - the PSoC 4 from Cypress - that together make it an extremely sophisticated and versatile piece of equipment.

You can do everything you could with the original Re:load, plus much, much more. The Re:load Pro can handle up to 60 volts, 6 amps, or 25 watts with entirely passive cooling - and a forthcoming fan kit will expand the maximum power significantly. The built in processor lets you set precise current limits and get accurate readouts of current, voltage, power and more, and the isolated USB interface lets you safely control and monitor it over USB.

The Re:load Pro goes live today on Kickstarter for £65, or £80 with an accessory kit containing everything you need to get started, and there’s a limited number of early bird units for just £55 with all the accessories. Take a look at the project on Kickstarter to get more details, and to back it!